Tetsuta Nagashima was born on 2 July 1992 in Kanagawa, Japan.

“Tetsu” started riding pocket bikes at the age of three under the influence of his bike-enthusiast father. The youngster soon fell in love with motorbike racing spent every weekend of his primary and junior high school years at the circuits, his dream being to reach the World Championship.

In 2008, at the age of 15, he made his All-Japan debut and won the championship in the domestic series in his first year.

In 2013, he raced in the Moto2 class of MotoGP at the Japanese GP, standing in for the injured Mike Di Meglio on the JiR Moto2 team's MotoBi and finishing the race in twentieth position.

In 2014, Tetsuta became a full-time Moto2 rider for the JiR team aboard a TSR 6 but was forced to miss the Grand Prix of Great Britain, San Marino, Aragon, Japan, Australia and Malaysia due to a fractured right tibia and fibula sustained in free practice at the British GP.

In 2016 he competed in the Aragon and Japanese Grand Prix in Moto2 as a wildcard aboard the Kalex Moto2 of the Ajo Motorsport Academy team, scoring two points. In the same year he finished second in the Moto 2 CEV Repsol Championship, also securing a first win in the series. In 2017, he became a regular Moto2 rider for the Teluru SAG team, with a Kalex machine. A tenth-place finish in Malaysia was his best result and he finished the season in twenty-sixth place with 14 points. In 2018 Tatsu switched to IDEMITSU Honda Team Asia, on a Kalex again. He achieved an eighth place in Thailand as his best result and finished the season in twentieth place with 27 points.

In 2019, Nagashima switched to the SAG team's Kalex. On 10 August of the same year, he achieved his first GP pole position at the Austrian Grand Prix. He regularly finished inside the top ten and claimed two top five finishes in The Netherlands and Great Britain, ultimately rounding out the season in fourteenth place with 78 points.

In 2020, he rode the KTM Moto2 for the Ajo Motorsport Team. In the opening race of the 2022 season in Qatar, the Japanese rider made a masterful late charge to claim his first ever Moto2 win. From then on, the COVID-19 pandemic began to impact on the world. Several Grand Prix were cancelled or postponed, prompting the FIM and Dorna to draft a new calendar. The second Moto 2 event of the championship was delayed until 19 July, with the Circuito de Jerez-Ángel Nieto hosting the Spanish Grand Prix, at which Tetsuta scored another impressive second-place finish. Then, after following Shoya Tomizawa in becoming only the second non-European rider to lead the Moto2 standings (his fellow countryman achieved the same feat in 2010), he did not appear on the rostrum again and eventually finished his best Moto2 season in eighth position overall, with 91 points.

Nagashima was not on the 2021 world championship grid as a full-time rider but, besides taking a role a HRC official test rider, did race with the Kalex of the Italtrans Racing team at the Grand Prix of the Americas, Algarve and Comunidad Valenciana, replacing injured Lorenzo Dalla Porta. He scored five points thanks to an eleventh-place finish at the final Valencia round and concluded twenty-ninth in the general standings.

On 7 August 2022 Tetsuta, confirmed as HRC official test rider and teamed up with BSB rider Takumi Takahashi and Superbike World Championship rider Iker Lecuona, won the prestigious Suzuka 8 Hours, marking Honda’s 28th Suzuka 8 Hours victory and the first since 2014. The riders competed with factory bikes based on the CBR1000RR-R FIREBLADE SP with Tetsuta achieving also the pole position with all-time record lap of 2min 4.934 and the race fastest lap in 2min06.93. 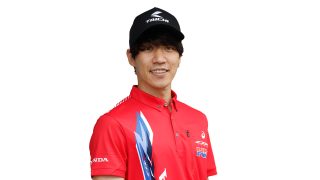 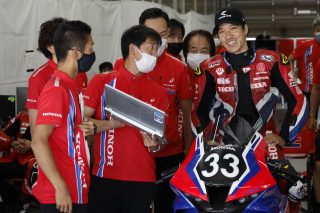 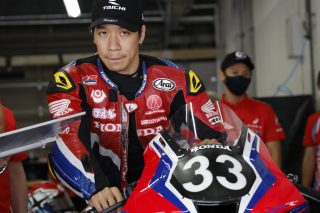 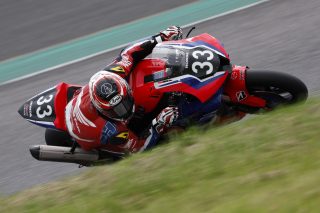 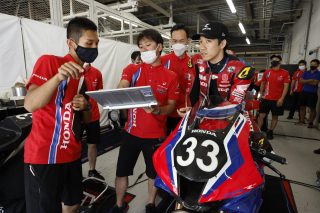 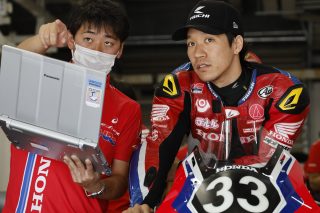 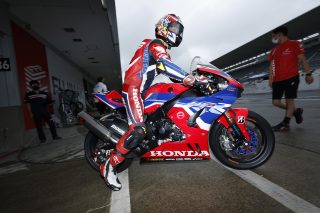 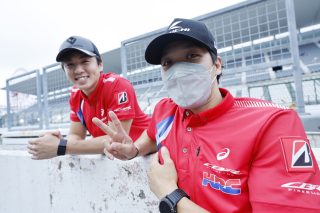 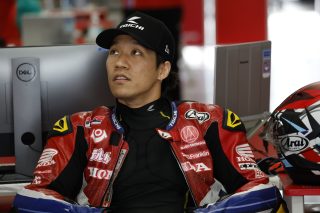 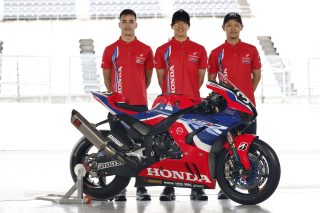