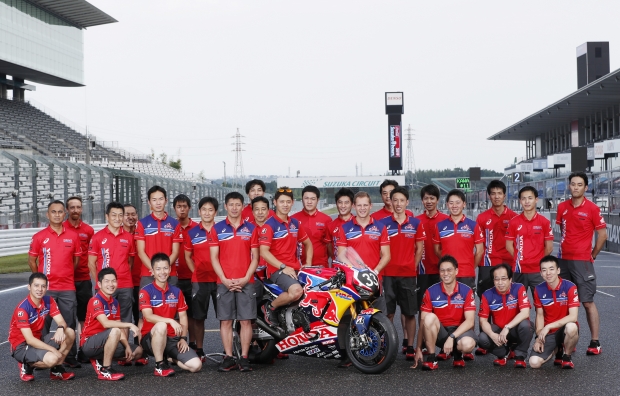 Team HRC, Honda’s factory team in the All Japan Road Race Championship JSB1000 class, teams with RED BULL once again to compete at the Suzuka 8 Hours as Red Bull Honda.

Takumi Takahashi, JSB1000 championship leader (as of the end of Round 3) and four back-to-back wins will be joined by Ryuichi Kiyonari, currently racing in the FIM Superbike World Championship, and HRC test rider Stefan Bradl to ride for the team on the CBR1000RRW, a CBR1000RR SP2-based factory bike. Takahashi has participated in every test to date, setting up the bike and recording the fastest times in the wet and dry. Coming to Suzuka in such peak condition, Takahashi has longed to race with Kiyonari, who he had won the event with in 2010. His logic being “better a friend rather than a foe,” Takahashi has his wish come true this year, and promises victory saying “we have the momentum, now all we need is the results.”

Kiyonari, returning to Honda’s factory team for the first time since 2008 says, “I want to return the favor to Honda and Takahashi of having the chance to race here by winning.” Bradl enters his first Suzuka 8 Hours with “the best factory team environment and experienced Suzuka 8 Hours veterans as partners” and promises to do his best. The three riders are led by team manager Toru Ukawa. “I don’t think 220 laps is good enough to win,” comments Ukawa, aiming to beat the total lap record, and even higher: If the team wins, Takahashi will tie the second-most number of wins with a total of four, and Kiyonari will tie with Ukawa, with his number of wins at five.

Takumi Takahashi | Red Bull Honda (#33)
“We’ve been conducting tests to improve the bike, but I’d like to make final adjustments during race week when all three riders are here, as three riders ride the same bike in the Suzuka 8 Hours. I don’t think I’ll ever have another chance to race with perfect teammates such as Kiyonari and Bradl, so I’m determined to get good results. It’s a race where one mistake or problem is costly, so we’ll concentrate and aim to win.”

Ryuichi Kiyonari | Red Bull Honda (#33)
“Takumi [Takahashi] is doing a solid job getting the bike set up. I’m proud to be able to aim to win the Suzuka 8 Hours with such trustworthy team riders and staff, and the strongest Honda factory team ever. Takumi is in great shape, so I’ll try to contribute rather than rely on him.” 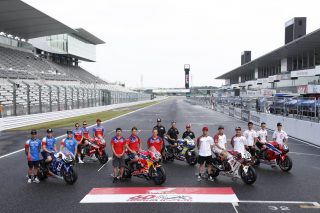 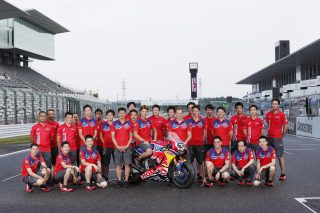 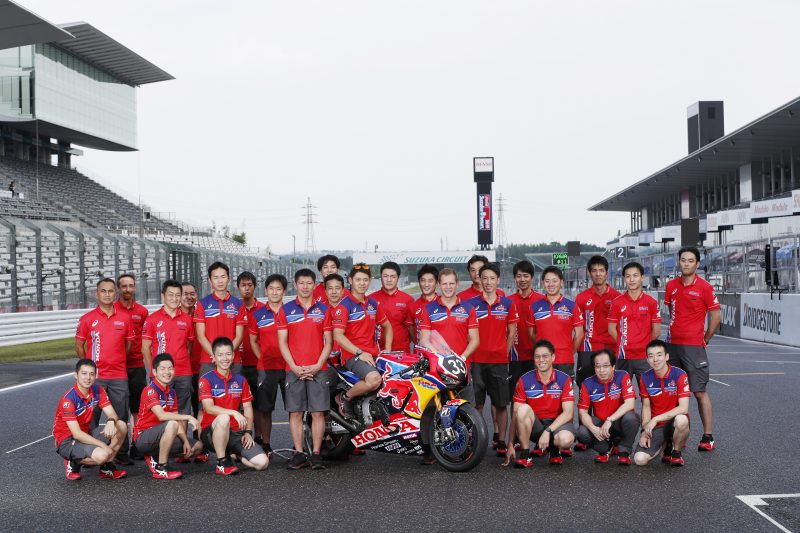